How to sell on the Internet and not be cheated? 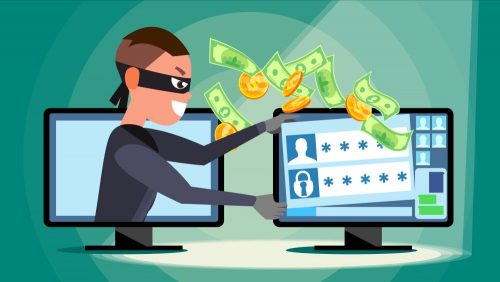 Today I spontaneously move to the issue of the security of online sales, because while it still has many advantages, one of the big disadvantages of such sales is the risk of fraud – both for customers and for you. And unfortunately your experiences prove it – you don’t have to be great to fall victim to scammers. On the contrary – there are many such organizations from countries such as African, whose main target are individuals and relatively small amounts gathered together give them large sums.

Interestingly, on the same day as you, a suspicious incident also happened to me. A colleague I haven’t spoken to for a long time has “sent me” a message on WhatsApp: “Hi, I’m sorry, I sent you a 6-digit SMS code by mistake, could you please send it back? Urgent”. Fortunately, I was already alert to such “strange” messages, so I immediately wrote to him on Messenger. Of course, someone broke into him and tried to control the situation.

I also fell victim to such people once (it is not without reason that I write hackers, because this word does not only refer to the “bad” ones). Some years ago, someone hacked my Skype and sent strange messages to my friends as well. Fortunately, they were so “not my style” that no one was fooled. But you know, as long as you are dealing with a friend, you can probably sense when something is wrong. The bigger problem arises when a stranger speaks up, writes just how much he likes your product and that he wants to buy it. Excited that someone from a distant country has found you and is interested in your product, you may be blinded, and your vigilance drops.

What to pay attention to when selling via Facebook so as not to be cheated?

1. One thing is the person’s profile. Your suspicions should be raised by people whose profiles have been created recently, who do not have many friends (although it may also happen that many accounts have been created and have been linked …), who have little activity, exotic names, or even come from countries that are known to have this type of crime, such as Nigeria.

2. The second thing is a confusing story that ends up having to do the transfer in some strange way. As in your example, there were many people involved, “who found what and where” and some strange explanation why this way and not otherwise. There may also be spelling mistakes or typos (although it can sometimes be difficult to judge, because we know how people write messages, they do not always pay attention to it, and even more difficult to catch if you do not know the language well) …

3. Referring to PayPal was a procedure that would reassure you that the transaction would be safe, but remember that PayPal or another company (eg courier) will not send you messages just like that. Their known and trusted brands are most often used for this type of fraud, so before clicking anything anywhere in such an e-mail, check carefully if the e-mails are correct – they can be typos.

Here is my personal digression. In the company where I worked, such attacks also happened, because a large company … the blacklist of addresses is constantly growing, and filters are not always able to stop it… And I admit with great regret to myself that I also fell for it. I got an e-mail from an alleged courier company and clicked on the link … It encrypted all the files I had on my computer and demanded money for the decryption code! … The IT specialists scolded me pretty badly … this form by e-mail, but I had… So I didn’t think too much about it. And bad, I have a lesson for life. Fortunately, all the important files were in the cloud anyway, but there was a lot of stress around it. That’s why now I keep all important files in the cloud and recommend it to you as well ?

4. It is also necessary to check the address or other data appearing there, whether they agree with what the person wrote and whether they do not come from some exotic country famous for fraud.

5. The scammer’s suggestion to change the form of correspondence to e-mail may also raise your suspicions. Facebook will probably pick up such a person quickly after several such fraud attempts and block them. However, in the e-mail, no one will control it. Besides, hiding links in e-mail will be easier.

6. To check the link, you can hover over it WITHOUT CLICKING and check if it is the same as in the text. Sometimes someone may be trying to hide the correct link that has nothing to do with what is in the text.

7. In general, the fact that someone wants you to spill something to him and it is best to sensitize you as soon as possible. Because as sellers, you should get paid rather than send something to someone.

But I hope the topic will also show you the customer’s perspective better. Because I have also heard about such campaigns, where someone creates a company profile and sells something, and then it turns out that there is no such company or person, and so is the package. Since the amounts are usually not large, such a person may not even bother to report it. Unfortunately, there are many such people, person to person, and the amounts are also huge. So if something like this happens to you – whether as a customer or as a salesperson – report it to the police. You probably won’t see the money anyway, but maybe you will eventually be able to catch the cheaters or protect other people. It is also worth informing the companies that were mentioned and referred to in the correspondence. Typically, these companies then send information to all their customers to be careful and other people can be protected from fraud.

So how to sell on the Internet, if now it’s even the only option?

I know that it may sound biased, but selling through platforms or your own online stores (although ghost shops also appear here and disturb the credibility of everyone else, especially those who are just starting) and through reliable payment intermediaries, it makes the most sense in this case, because the risk of problems with payments or fraudsters then passes to the platform or payment intermediary. Anyway, fraudsters also have a limited room for maneuver, because they first have to pay for the product so that you receive such an order.

Unfortunately, the risks will always be different everywhere. Hence, insurance companies are a very good business idea ? Having your own business, the more you will not get rid of them. However, it is important to minimize the likelihood of their occurrence and the consequences when they do occur. Sometimes you will pay more for it, but if something like this happens, the losses may turn out to be greater and you just have to estimate for yourself what will be for the better.

Remember also that you have this risk, but so is your client. What will be more comfortable for him? Which form will she prefer so as not to be deceived?

Important info:
Like what I create on this blog? That is my free content and I appreciate if you leave a comment, follow my social media and give me some thumbs up to keep on writing! 😊 pass the news on to other people who could benefit from it!

If you want to be up to date when I post new articles – join the newsletter. I do not spam, I only write when I have something valuable to share 😊

If you like what I create, you are at the stage of creating your brand and you are looking for a condensed knowledge of how to prepare for it, I recommend my eBook – in points, problem by problem, solution after solution 😊

You want to be part of our HandieU community – join us in the group, , suggest topics that I could discuss 😊

And when you are ready to sell in Europe – apply to HandieU!

This site uses Akismet to reduce spam. Learn how your comment data is processed.